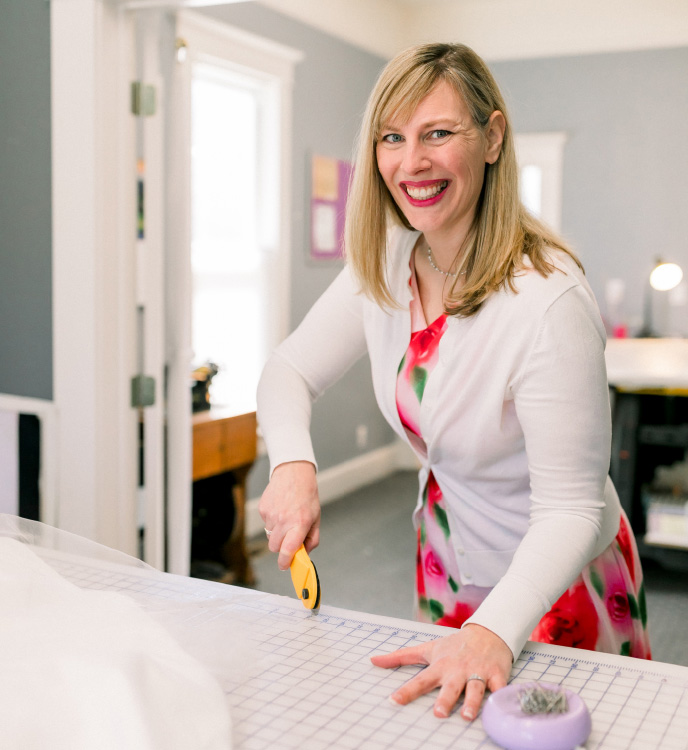 Erin, the owner of sewBoise, has been sewing more or less all her life. She began designing and sewing clothing for her dolls as a child, and then moved on to full-sized fashions after learning to use a sewing machine. She’s been her friends’ go-to gal for custom costumes and outfits, alterations, and mending since her high school and college days.

After moving to Boise for a job in 2004, she picked up more advanced design and construction techniques from local instructors and mentors. She branched into pattern drafting, couture sewing techniques, corset-building, bridal work, and tailoring.

Over the next several years, Erin had fallen into helping design and build costumes for the ballroom dance community she is a part of. She worked mainly for the joy of seeing her creations on the dance floor, as well as a few dinners and bottles of wine. It only took the 2008 economic crisis and Erin’s layoff from her job as a geologist for her to turn sewing into a livelihood instead of a pastime, and to launch sewBoise. Since that time, sewBoise has expanded twice and Erin now employs 6 people in her 2 buildings on River Street in Boise.

Erin has been a member of the Association of Sewing and Design Professionals since 2010. She travels annually to the organization’s educational conference where she continues to expand her sewing and design skill set, improve her teaching techniques, and share her work. She regularly competes in the annual Threads Challenge, a themed competition for ASDP’s members hosted by Threads Magazine. In 2019, Erin’s dress was chosen as a finalist and won the award for ‘best color and shape shift’ in the ‘Transformation Challenge’.

Erin comes from a family of educators, and is no exception, many have described her as an exceptional teacher. She thoroughly enjoys teaching, learning and sharing sewing tricks with others.

Being an engaged business owner and asset to her community is central to Erin’s plans. She graduated from Boise State University’s Executive MBA program in 2018, and was one of the Idaho Business Review’s honorees for the Accomplished Under 40 Award in 2016 (see page 31).

Erin teaches intermediate through advanced students, including teens and pre-teens. Although she only speaks English herself, she is comfortable teaching those whose primary language it isn’t. Erin is sewBoise’s resident knit and serger expert. She works extensively with the Moulage as well as with commercial patterns, and is always up for a rework of a pattern or existing garment. 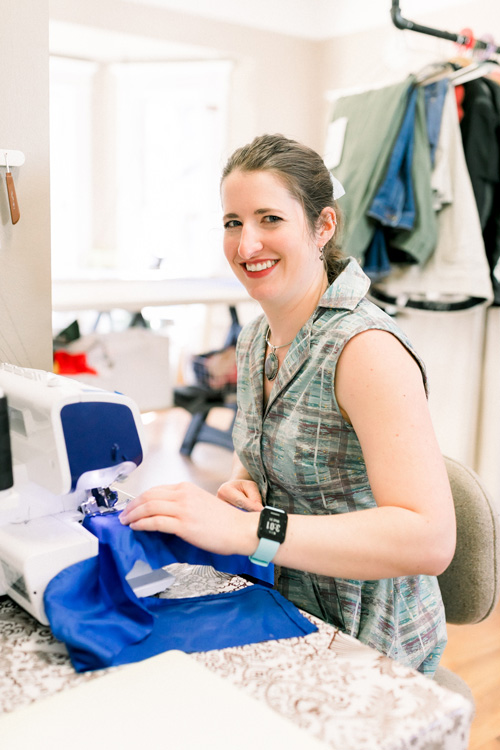 Anna began sewing as a small child, sewing tiny quilts under her mother’s quilting frame. Her passion for textiles grew on her aunt’s farm where she watched raw wool being processed into garments. The process of turning fiber to something beautiful and wearable sparked an insatiable curiosity for all things fabric.

In Illinois, Anna studied painting and taught art classes as a graduate assistant, fueling her love for material and passing on knowledge. She began sewing costumes for her friends and in the theater department, then began making her own clothes for the beautiful details and custom fit that only personalized sewing can offer.

Anna’s specialties are in project planning, fabrics, and detail work. She loves sharing her passion for textiles and finding just the right fabric for a successful project. Anna joined the team at sewBoise in 2019, where she gets to use and expand her textile knowledge every day. When not sewing, spinning yarn, dying, or knitting, Anna can usually be found exploring the vast wilderness outside of Boise. 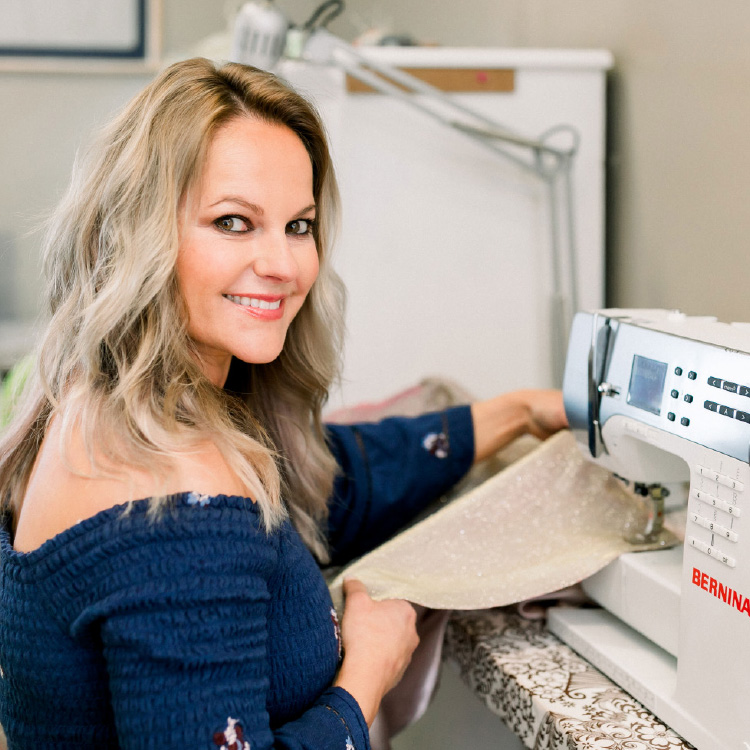 Zuzana was born and raised in Slovakia. When she was 13, she knew what she wanted, but couldn’t afford it, so she had a great idea, “I’ll make it myself!” Zuzy pulled out her grandma’s sewing machine, and her mom’s old clothes, and started creating. ​

The beginning was bumpy, but as stubborn as Zuzy was, she didn’t give up. By the age of 15, all Zuzana’s spare time was spent drawing, painting, and sewing. She was sewing all her clothes, and sewed clothes for friends and family too. Even at that age, she knew she wanted to be a fashion designer.

Zuzana went to the School of Fashion and Clothes Production, where she received her Bachelor’s degree. Afterward, wanting to take her success abroad and explore the world, Zuzy left Slovakia and moved to Switzerland for a few years, where she studied French at the University of Geneva, and where she met her husband, who is from the United States.

The couple moved to the US and married, and Zuzana is now a wife and mother of two. She is still creating and still believes what she believed at 13, “I’ll make it myself!” Zuzy has been adding to sewBoise’s success since 2015. 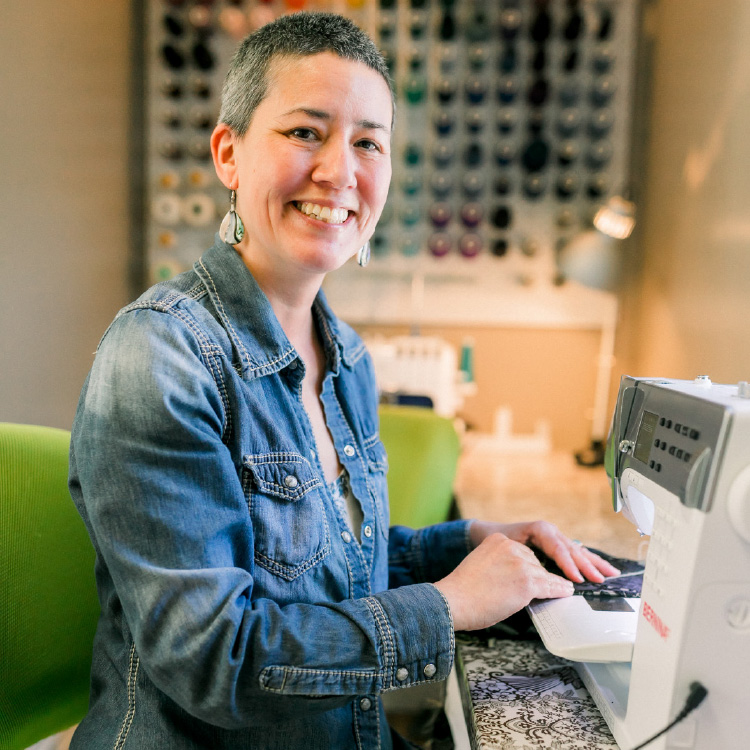 Sewing/designing has been a part of Jeanah’s life since her earliest memories, coming from a tradition of resourceful, stylish, women and men. She enjoys practicing and expanding her technique regularly and being able to share that knowledge with others. Jeanah specializes in hemp and organic fabrics, hand dying, up-cycled projects, and small batch production. ​ 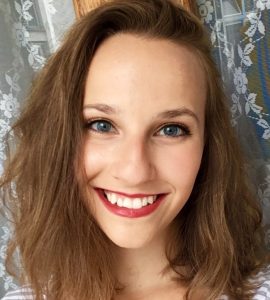 Nia started learning how to sew from a family friend when she was 10. Her teacher taught her everything she knew about sewing with patterns and encouraged Nia not to limit her creativity. Because of this, Nia began experimenting with patternmaking very early on, and proudly wore her designs to school, even if they were quite obviously handmade. She consistently worked to improve her skills over time, making all of her homecoming and prom dresses from scratch throughout high school, and eventually designing and sewing her own wedding dress in 2018.

Nia spent the summer of 2017 in Italy as an au pair to deepen her passion for creativity, experience a new culture, and learn a second language. There she met her now husband at a dancing event and the couple made their home abroad for the next few years. While in Italy, Nia worked as a bridal and ceremony sewist for an Italian designer. She also built up her own custom design clientele, eventually sewing for them full-time. Her client creations ranged from baby clothes to wedding gowns. In 2022, Nia moved back home to Boise and joined the sewBoise team.

Nia has been adding to sewBoise's success since 2022.